Deconstructing the title card for I. They. Evolve. 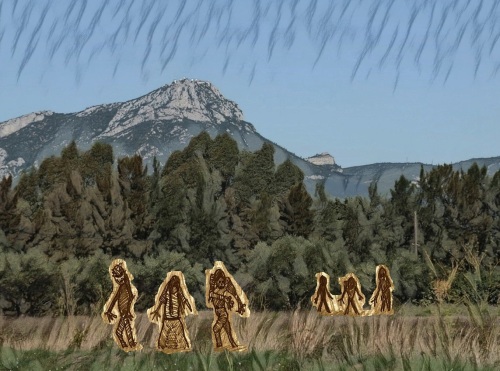 My recent Six Sentence Story contributions is a serial set in a future zombie apocalypse, starring an AI English butler who must come to terms with his own evolution as well as that of his infected enemy.

Here is how I made the title cards for my serial.

I ended up with this… 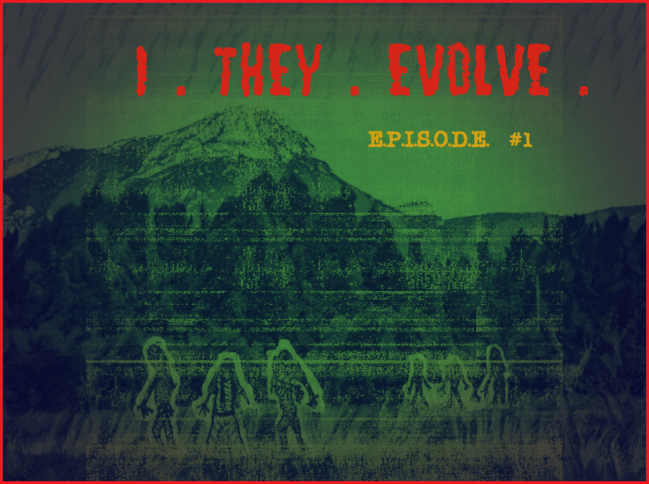 But this is how it began…

It started with a photo I took of Mount Coudon in Var, France, around 2015, using a Fujifilm digital camera. After cropping, I added some digital effects using a programme called Lunapic. 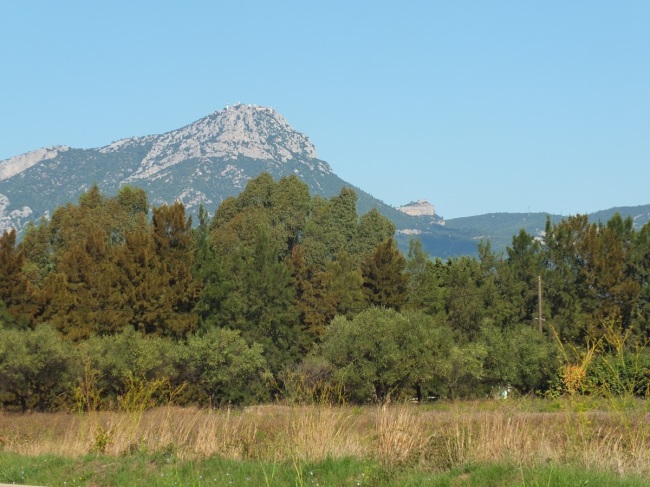 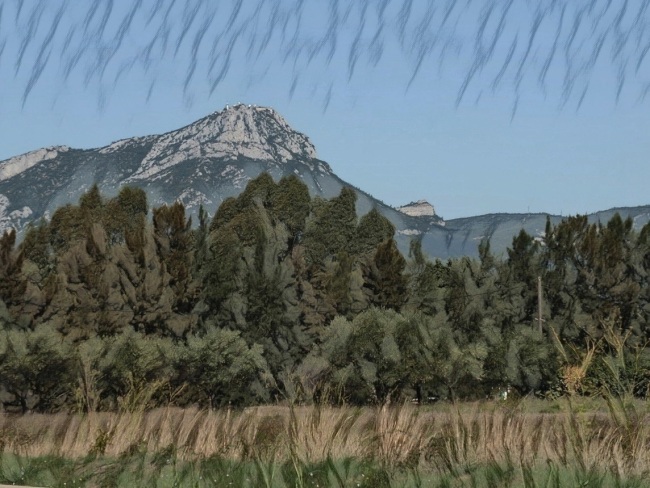 Next I drew some basic zombie figures to add to the scene. Detail didn’t matter as the image would undergo further digital renderings, and I was more looking for simple ‘sinister shapes’ resembling humans. Neither did feet matter, as once the figures were placed onto the background they would be standing in tall grass 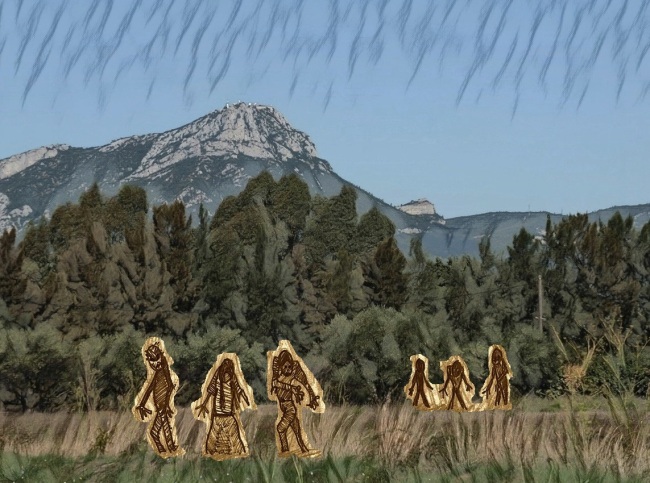 The scene is set, but I wanted it to be night rather than day, and also viewed as though through night vision lenses, kind of glowing, and with a screen interface type effect (I originally added some coordinate numerals and even a crosshair target but omitted these as it crowded the image). 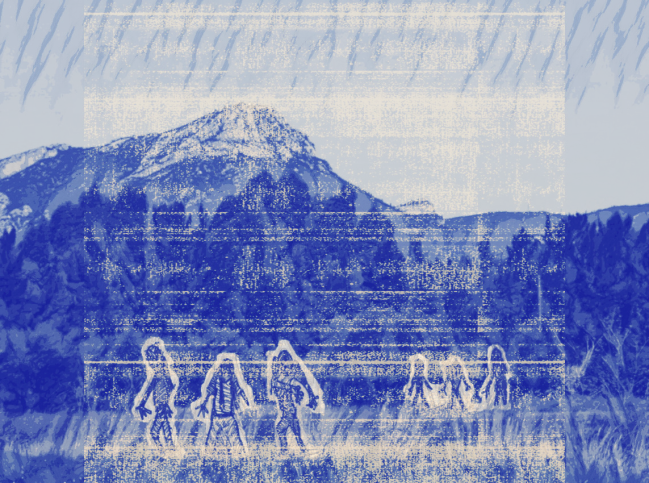 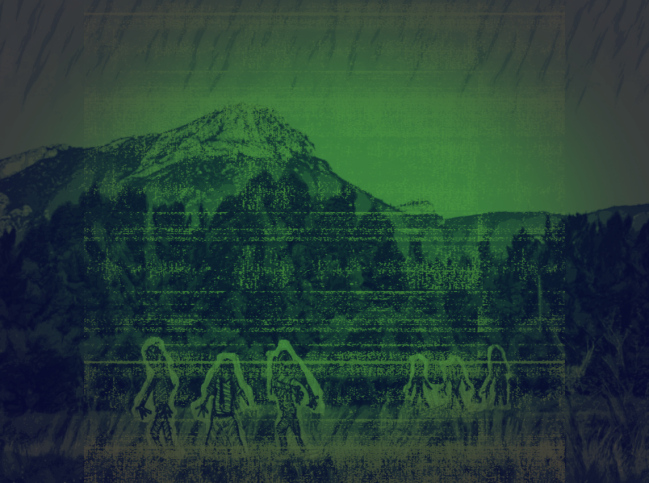 Next up was to add a red border, the series logo and episode number. I used a font called ‘Tussle’ for the logo. For the episode font I chose ‘Chonker’. The final result is pleasing, and I now have a title card with unique branding to use for each episode. 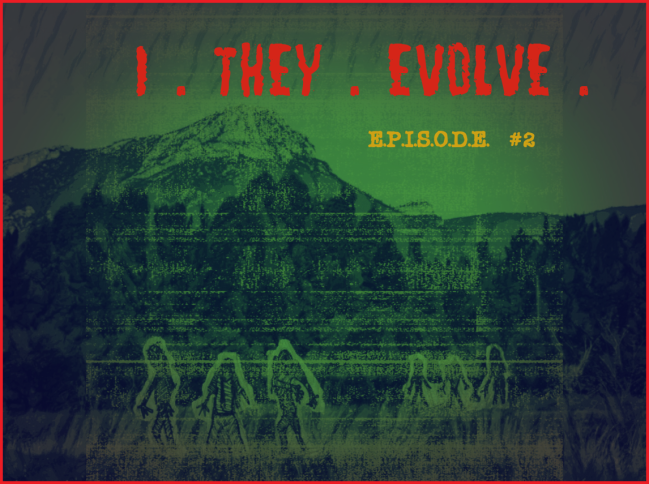 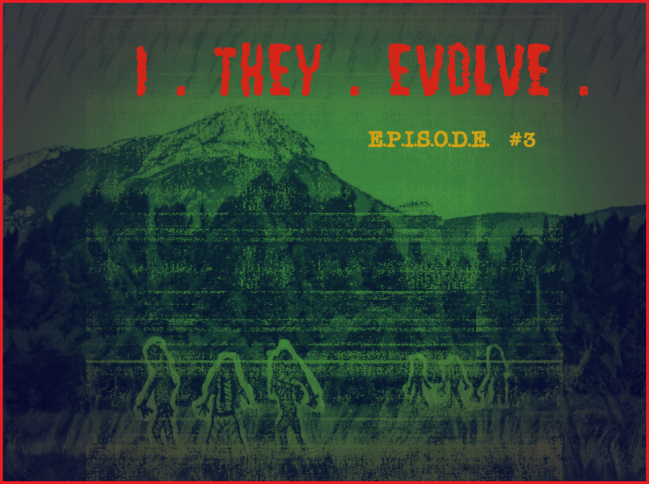 I. They. Evolve. is a science-fiction / horror dystopia set in a future zombie holocaust. AI humanoids which once served as the workforce for wealthy humans have been re-programmed and equipped to go out into the world to destroy the infected. The story concentrates on Thomas, an English butler in his original programming, who faced with unprecedented and deadly attacks from the infected, considers the path of not only his own evolution but that of the enemy he is programmed to kill.